For more than a decade, the Icelandic economy was strong sitting in fifth place in 2007 as richest per capita average income in the world. As Icelandic architecture exploded in size and became a catalogue of materials and styles acquired from across the world, local production started disappearing and with it, its knowledge and culture. New jobs created in the financial sector absorbed people´s skills and talents leaving the countryside increasingly uninhabited, its buildings empty and abandoned.

The small town of Hveragerði (2,400 inhabitants), once a agricultural hub of Iceland, saw its manpower decline and its agricultural production made redundant as everything imported became cheaper than having it grown on home soil.

By the end of September 2008, the Icelandic Stock Exchange lost 98 per cent of its value in a day. The economy shrank by 8.5 per cent in 2009 – the fastest rate of contraction among the rich countries. It was a sudden end. And a new beginning was needed.

Following the global financial crisis, Hveragerði launched a national competition to gather ideas on how a more sustainable future could be designed and implemented for the town itself away from the world city model, which prioritised growth scenarios affiliated with big, iconic developments and large speculative investments, bypassing the endogenous resources of the place.

I, together with Icelandic architectural office Arkitektur.is, put together the project Amphibious Living as an entry, which focuses on living with water and the possible ways architecture can incorporate wet environments (in the form of geothermal energy) into urban planning.

When research for this project commenced, what appeared clear from the beginning was that Hveragerði did not need more buildings or new roads to recover from the economic crash. The town, a noted hotbed for Icelandic horticulture, needed a new way to relate to its own assets, its people, and to its environment.

Geothermal pools have for over a century become embedded into the fabric of Icelandic culture, becoming a common recreational activity and social meeting point for communities. With this in mind, the solution was clear– energy in form of geothermal water that the town of Hveragerdi owns in abundance. So we asked the question: can we start to use this energy to rethink the notion of space?

With this question at the forefront, the journey of Amphibious Living started as an attempt to create a more sustainable future by embracing geothermal water and the power of design as a regenerative tool.

These consequences are important to us, but in order to create them we need to learn to see beyond the buildings.

Understanding the local resources of a place and investing in its people are the first step towards sustainable (small) towns (Bell and Jayne, 2006; Knox and Mayer, 2009). The resources at the base of the Hveragerði project are: the school of agriculture, the medical centre, and the hospital specialised for the elderly, the greenhouses (most of them in ruins), the swimming pools, the skill of its inhabitants, and the geothermal water. The latter becomes the main tool to rebuild the economic and social life of the town.

In this project, geothermal water is used to reactivate the local food production by restoring the existing greenhouses, once at the physical and productive centre of the community. It is also used to create a new urban vision that is based on: well-being, spas, sense of community, and public space. Geothermal water becomes the poetic tool that brings together the endogenous resources of Hveragerði – the people and the places, giving them a new form and a new meaning by designing new architectural and socioeconomic strategies.

These initiatives are supported by people’s capabilities that are present in the town, creating a condition for social and economic ‘emergence’. This means formulating the right social policies and designing the right public space that is conducive to communication and sharing of ideas.

In the project’s scheme, the public space is at the centre of the design and it is celebrated by the small and diverse activities that develop along it. These activities are located in the old abandoned greenhouses forming a strip of approximately 800 long and 100 meters.

The improvement of the quality of life of its citizens is or should be at the foundation of any city’s political agenda. In this project life is improved by investing in the sense of community, the resources, and human skill of the place. Thus, Amphibious Living uses geothermal water not only for sustainability, but also to enhance people’s skills and culture that the financial sector had put in peril.

Architecture, the art to build cities, must relate with the geography, history and the people of the place, it must work with an economic plan on improving local entrepreneurship, nourish place economies, and develop knowledge, skills, and creativity. Redrawing the rules that produce the space in our city means redrawing ourselves; this is the constant and continuous process at the base of the city making.

Amphibious Living celebrates and utilises Hveragerði’s endogenous resources, its sense of place, the human capabilities, the contact with nature, the human scale, the power that is born from trust and human relations as a catalyst for innovation and progress.

It prioritises a form of urbanism that is receptive to local needs and works with the people, an urbanism that does not emphasise big-scale developments but one that works consistently and extensively through a series of incremental small-scale interventions, which primarily celebrate the sociability of its public space and the architecture of the city. We believe that geothermal water is vital to this development and as a common recourse; it must be administered commonly to bring advantages to the entire community.

The Icelandic renaissance could start from its most basic resources: geothermal energy, human capabilities, and the beauty of the country.

The philosophy of this project can be used as a paradigm. People’s skills and endogenous resources are key, and Australia boasts an enormous potential in both. It ranks second as the country with the highest human development index in the world after Norway and this is an enormous asset that must be used. It is therefore important to invest in connecting people, not only virtually through the internet but also physically investing in the quality of the public space and public transport.

After visiting Australia for an opportunity to guest speak at RMIT University in Melbourne, in my opinion, the biggest challenges that Australian cities must face in the future are how to reclaim spaces from the hegemonic power of the private transport and how streets can become places of socialisation.

Sustainability is not only a technical fix but as the Italian designer Ezio Manzini states “sustainability is a societal journey brought about by acquiring new awareness and perception, by generating new solutions, activating new behavioural patterns and, hence cultural change” (Fuad-Luke, 2009: 78). The role of the arts and design is fundamental for this shift.

Although the town of Hveragerði never implemented this project, its spirit persists as model for better administration of local resources and closer working relationships with the people.

Amphibious Living represents a breakthrough in Iceland because it envisions a profound and authentic social revolution for the entire place. A new way of living that is much more in tune with the local resources.

The project continues to inspire people who believe that the future of Iceland is not in the hands of big companies with big gestures and grand projects, but it is the hands of each of us, in the small gestures of the individuals.

Massimo Santanicchia is an Assistant Professor in Architecture at the Iceland Academy of the Arts, Reykjavík and Director of Beyond Entropy North, a London-based non-profit organisation practicing architecture, urbanism, and cultural analysis. He can be contacted at either massimo@lhi.is or m.santanicchia@beyondentropy.com

This article was originally published in Planning News by Planning Institute Australia. Geothermal area in the centre of Hveragerði

Amphibious Living vision: the green strip reconnects the scattered parts of the town 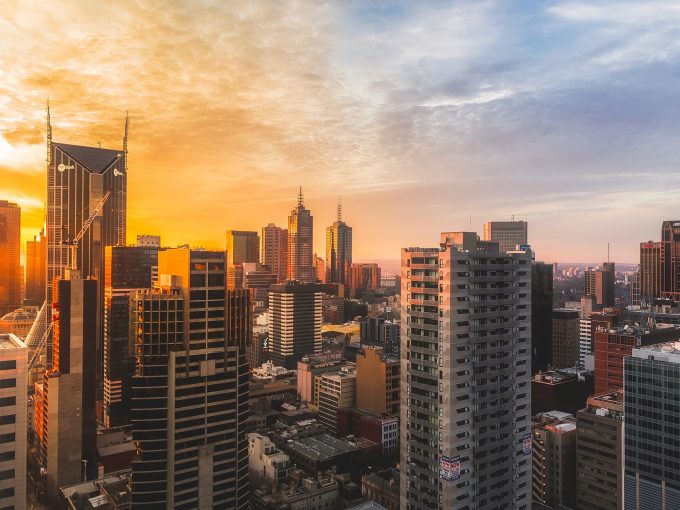 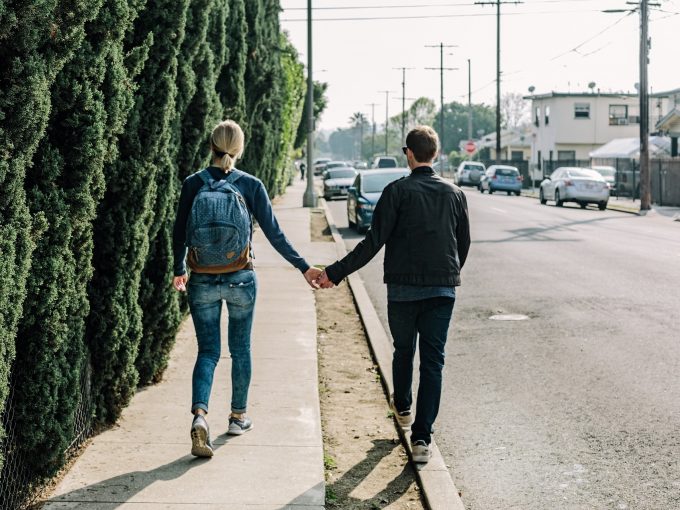