Home/News & Blog/Blog/Homelessness all but disappeared in 2020, but it should disappear for good

Homelessness all but disappeared in 2020, but it should disappear for good

It’s Homelessness Week and this year the theme is “To end homelessness we need a plan.” The right plan is in reach.

Homelessness is not just sleeping rough, its living in an inadequate dwelling; living somewhere with no tenure, or short tenure; its living where a person has no control of or access to space for social relations. It is precarious dwelling.

To end this, we do need a plan, but according to Vice-Chancellor’s Postdoctoral Fellow David Kelly we had a plan in 2020 and it worked. “We did it in 2020, during the pandemic lockdown. Stay at home orders demanded a well-resourced homelessness response and unconditional access to shelter. The homelessness sector was afforded a rare opportunity to test their own recommendations to improve the system.”

According to Dr Kelly, the Hotel Emergency Response implemented in 2020 during the COVID lockdowns allowed the sector to:

“The Hotel Emergency Response, which involved the placement of support, health and security staff onsite in high use hotels, effectively ended many forms of homelessness in Melbourne. The homelessness sector was able to institute an embargo, ceasing referrals to the worst ‘last resort’ rooming houses and motels in Melbourne. When viewed through the lens of homelessness, as well as public health, the pandemic response was a resounding success”, Dr Kelly said.

While the thorough response to homelessness during the lockdowns housed many, it was only temporary. “As public health orders were relaxed, the homelessness sector began to shift back to the status quo of scarcity and the triaging of despair.”

Dr Kelly explains that the problem with homelessness plans is not just under-resourcing, but also that there is no unconditional right to housing. “The homelessness service sector is operating on a shoestring budget, which makes them face impossible dilemmas every day to prioritise one form of intense dwelling precarity over another. We also have structural barriers such as housing unaffordability and no public housing supply, meaning that even if there were more money in the homelessness sector, there are no exit points into long-term secure housing”.

But there are cities in the world that have ended homelessness, including Vienna, Helsinki, Salt Lake City, and Columbus, and Dr Kelly says it’s possible to end it here too. “The capacity to realise an effective plan to end homelessness, rests in a whole-of-government response along the precarity pipeline — from strong and ongoing support services, to the decriminalisation of poverty, an adequate well-regulated emergency accommodation infrastructure, supply of long-term housing with social rents and ultimately a move to definancialise the housing system.”

To explore some of these ideas, Dr Kelly and Dr Libby Porter are running the Forum for Dwelling Justice on August 26 – with panels, keynote speeches and film screenings – to brings together grassroots individuals, groups and activist-scholars to identify the potential for resistance to dispossession, displacement and precarity in work around homelessness and dwelling.

“The Forum aims to connect various activist agendas, campaigns and groups who see housing and dwelling as an elemental part of the solutions they advocate and agitate for. As a starting point, the Forum centres and holds First Nations sovereignty as fact. From this starting point, we can build a collaborative movement to bring about dwelling justice in the colony and refuse to reinscribe the colonial state and colonial logics in our movements.”

Speakers include Senator Lidia Thorpe and other First Nations people in the sovereignty struggle, to key activists in the prison abolitionist movement, such as Debbie Kilroy, legal activists, tenant unionists, scholar-activists and film-makers who reveal the underbelly of brutal housing policy.

Learn more about the event here. 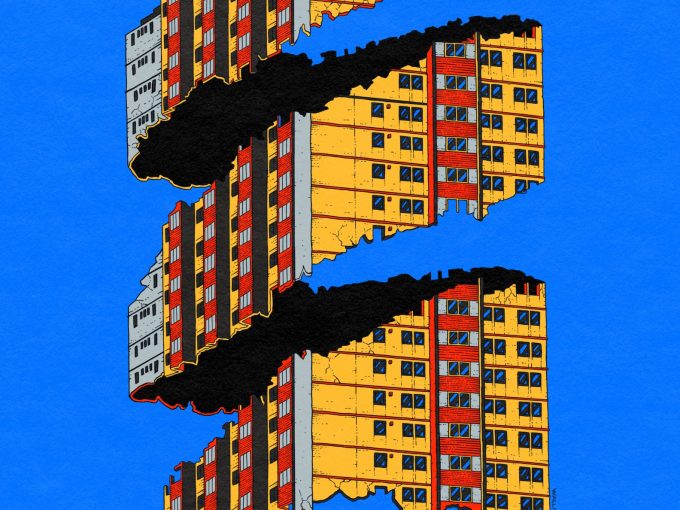 On Friday August 26, the Centre for Urban Research hosted the Forum for Dwelling Justice, at the Capitol Theatre, organised by David Kelly and Libby Porter. The Forum brought together more than 600 scholars, grassroots campaigners, activists, people with lived experience, and practitioners to identify the radical potential for resistance to dispossession, displacement and precarity […]