Home/News & Blog/Blog/Indonesia isn’t the only country planning new cities. Why not Australia?

Originally published on The Conversation – 2 May 2019

In the face of increasingly unsustainable urban environments, do we retrofit existing cities, or relocate and build new cities to achieve greater sustainability?

The answer is both. But each has its challenges.

The goal of turning cities from sustainability problems to solutions is driving a suite of “future city” innovations. These include the planning and development of whole new cities.

An increasing number of countries are planning to build cities from scratch using technological innovation to achieve more sustainable urban development. Forest City in Malaysia, Belmont smart city in the United States and the Sino-Oman Industrial City are just some of the examples.

However, striking the right balance between innovative ideas and democratic expectations, including the public right to the city, remains a challenge.

The Minnesota Experimental City offers a cautionary tale. The aim was to solve urban problems by creating a new city. It would use the latest technology including nuclear energy, automated cars and a domed roof enclosure.

Despite significant government and financial backing, including its own state agency, the Minnesota project failed due to a lack of public understanding and local support for a top-down futuristic project.

Who gets left behind?

In 1960, Brazil moved its capital from Rio de Janeiro to the futuristic city of Brasilia. While the city was designed to accommodate both rich and poor, it quickly became unaffordable for the average family. Half a century on, it was reported:

The poor have been shunted out to satellite cities, which range from proper well-built cities to something more like a shanty town.

In Indonesia, more than 30 million people – a fifth of the nation’s urban residents and more than a tenth of the 269 million population – live in Greater Jakarta. The capital city Jakarta is just one part of a larger mega-city agglomeration, the world’s second-largest after Greater Tokyo. This vast connected urban meta-region is known as Jabodetabek, from the initials of the cities within it: Jakarta (with a population of 10 million), Bogor (1 million), Depok (2.1 million), Tangerang (2 million), South Tangerang (1.5 million) and Bekasi (2.7 million).

A key reason for moving the capital is that Jakarta is prone to serious flooding and is rapidly sinking. Jakarta also suffers overpopulation, severe traffic gridlock, slums and a lack of critical urban infrastructure such as drainage and sanitation.

Relocating the capital away from the crowded main island of Java offers the opportunity to better plan the political and administrative centre using the latest urban design features and technology.

Two key questions arise. If environmental degradation and overpopulation are the key issues, what will become of the largely remaining population of Greater Jakarta? At a national scale, how will this relocation help overcome the socio-economic and spatial disparities that exist in Indonesia?

Egypt, for example, is building a new capital city to overcome severe urban congestion and overcrowding in Greater Cairo. But there is no guarantee the new capital will resolve these issues if the emphasis is solely on technological innovation, without adequate attention to urban equity and fairness.

More of the same in Australia

The Australian population is projected to grow to 36 million in the next 30 years. This is focusing political, policy and public attention on what this means for the future of the nation’s cities.

Despite all the advances that have occurred in technology, the arts, architecture, design and the sciences, there is surprisingly little innovation or public discussion about what might be possible for 21st-century Australian settlements beyond the capital cities.

Future Australian city planning and development focuses largely on enlarging and intensifying the footprints of existing major cities. The current urban policy trajectory is in-fill development and expansion of the existing state capital mega-city regions, where two-thirds of the population live. But what is lost through this approach?

In Australia only two ambitious “new city” plans have been put forward in the last 50 years: the Multifunction Polis (MFP) and the CLARA Plan.

In the late 1980s the MFP was envisaged as a high-tech city of the future with nuclear power, modern communication and Asian investment. It failed to gain the necessary political, investment and public support and was never built.

The current CLARA Plan proposes building up to eight new regional smart cities connected by a high-speed rail system linking Sydney and Melbourne via Canberra. Each of these cities is designed to be compact, environmentally sustainable and just a quick train trip away from the capital cities.

CLARA has outlined a “value capture” business model based on private city land development, not “government coffer” funding. How these new cities propose to function within the constitutional framework of Australia is as yet unclear and untested.

Are we thinking too narrowly when we talk about future Australian cities?

The “future city” prompts us to rethink and re-imagine the complex nature and make-up of our urban settlements, and the role of critical infrastructure and planning within them.

The future of Australian cities will require creativity, vision (even courage) to respond effectively to the challenges and opportunities of sustainable development.

This will not be the remit of any one political party, but a bipartisan national urban settlement agenda that affects and involves all Australians. 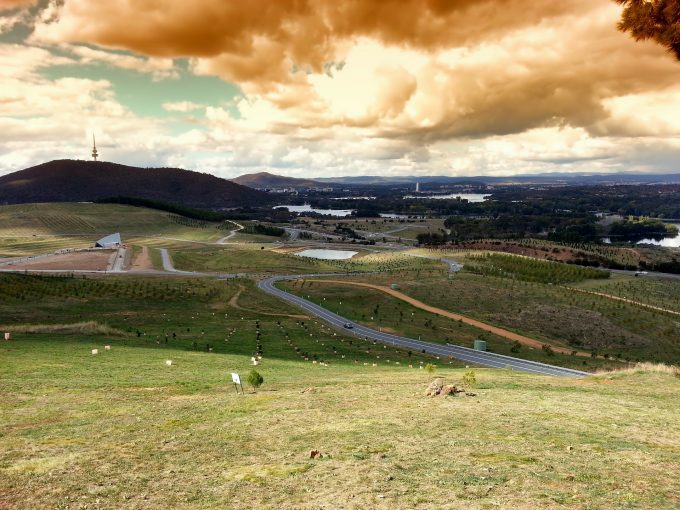 New cities? It’s an idea worth thinking about for Australia

Is there a case for revisiting the idea of new cities for Australia in the light of recent population projections and resurgent debate about the implications of a big Australia?