Originally published on The Conversation – 12 September

Three days of talks were needed, with negotiations continuing long into the night before agreement was reached on Saturday night in New York.

The agenda is a non-binding international agreement designed to shape urban development over the next two decades. It will be formally adopted at the UN Habitat III summit in Quito, Ecuador, from October 17-20, 2016.

Negotiations began in New York at the first preparatory meeting in September 2014. It was envisaged then, if everything went smoothly, that the final draft would be agreed at the third preparatory committee meeting in Surabaya, Indonesia, on July 25–27, 2016. The negotiators in Surabaya, however, could not reach consensus. Instead they punted the draft to a final intersessional meeting held in New York last week.

The road to Quito has been at times precarious and it is unclear how the agreement will be taken forward thereafter. It is a tremendous achievement, though, when you consider the highly contested terrain the international community has been able to negotiate to reach an agreement.

Credit should go to the dedicated team at UN-Habitat, the committed representatives from civil society (under the banner of the World Urban Campaign) and the member state negotiators. Although not without his critics, the leadership from UN-Habitat executive director Joan Clos has also been significant in moving the agreement forward (or at least not messing things up).

What is at stake?

The disagreements were many, but I would like to point out three particular issues of contention.

First, it is recognised that no single UN agency can reasonably be given responsibility to implement such an all-encompassing agenda for the future of our cities. UN-Habitat hoped to have this role, but its motivation was to gain both influence and financial resources.

Second, co-operation from sub-national, city and local governments is a prerequisite for successful implementation. From the very start of negotiations, they have felt excluded from what is principally an agreement between nation-states. Sub-national government wants more say on the implementation of the New Urban Agenda.

Third, civil society has fully engaged with the formulation of the agenda and successfully pushed for the principle of the “right to the city” to be included.

This was a huge and historic victory for civil society from a social justice perspective. This encapsulates the “paradigm shift” that Clos often talks about in terms of a new global emphasis on “cities for people, not for profit”.

All of the above will be the subject of intense analysis and discussion once the New Urban Agenda is adopted. If taken seriously, each has the potential to be transformative.

First, the UN system now needs to reflect on how best to promote urban sustainability. Second, sub-national governments need to reshape how they interact and influence the UN. Third, cities need to re-evaluate how they work with and for their people.

A bumpy road ahead

Realistically, the biggest headaches will start from Quito onwards. By far the most significant challenge is the timing. For the UN, 2015 was an apex year with the adoption of the 17 Sustainable Development Goals (the 2030 Agenda) and the Paris Agreement on Climate Change.

In contrast, 2016 has been a year of intense discussion and reflection on how best to implement and fund those two world-changing initiatives. The fundamental predicament will therefore be how to squeeze the implementation of the New Urban Agenda into an already jam-packed and rapidly evolving global schema.

The situation is complicated by the fact that a new UN secretary-general will take up office from January 1, 2017. They will inherit a UN system that needs drastic reform to deliver effectively on the 2030 Agenda. Some major reforms have been proposed, and the new UN chief is going to have their hands full.

The central aim is to reduce fragmentation and duplication of effort. This implies that we need a multi-agency approach to the New Urban Agenda.

This was one of the sticking points in New York last week as negotiators struggled with two proposals on implementation responsibilities.

The first option, supported by the G77 (pushed by UN-Habitat host country Kenya), was for a strengthened UN-Habitat with universal representation in its governing council and greater financial resources.

The second, from the European Union and others who would be footing the bill, was a recommendation that the institutional framework to support the New Urban Agenda be determined in the 72nd session of the UN General Assembly. This would effectively put off the decision to late 2017.

A compromise between these positions was reached in New York. This gives UN-Habitat a period of grace to move forward from Quito until new arrangements are determined.

There is a proposal that the best way forward would be to establish a new co-ordinating body – UN Cities – similar to UN Water and UN Energy.

This would certainly be more in line with the way that funding is moving from donors to the UN system in recent years – known as multi-partner trust funds – with the aim of increasing agency co-ordination.

An initiative like UN-Cities could also provide a more effective framework (or a clean slate) for how the UN works with sub-national government. Another option could be a UN Council for Cities and/or a Global Parliament of Mayors. Both represent a significant departure from the practice to date and would likely take some time to become a reality.

While these global-level institutional shell games play out, perhaps we may end up concluding that the most significant outcome from Quito is the emphasis on the right to the city.

There is a rich intellectual tradition reaching back to Henri Lefebvre’s 1968 book, Le Droit à la ville. If seriously taken forward, the notion of the right to the city – essentially a human-rights approach to city governance, development and sustainability – would bring into focus a wide array of social justice issues. This includes how we deal with homelessness, urban poverty, gentrification and the privatisation of public space.

Can this transformation really happen, or are we doomed to repeat the follies of Agenda 21and the Kyoto Protocol? 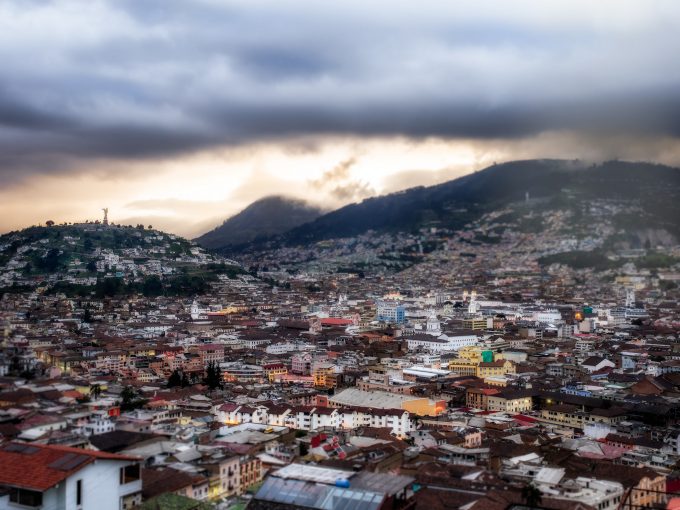 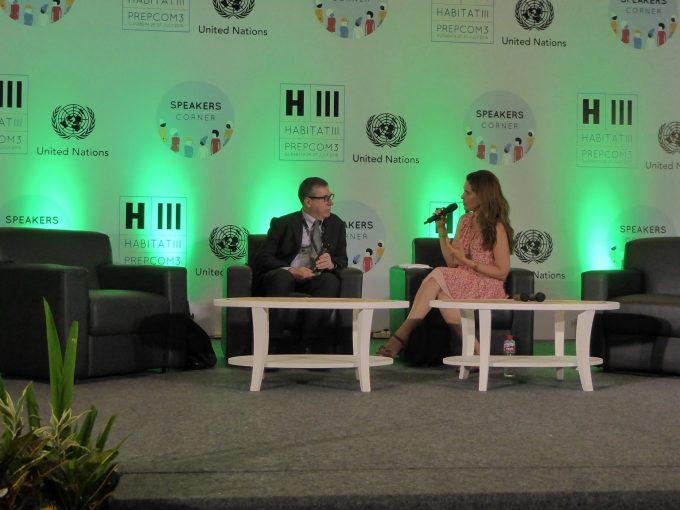 PrepCom3: A review of the third and final preparatory committee before Habitat III

As one of the UN Global Compact Cities Programme’s newest innovations, the City Scan garnered quite some attention and discussion at PrepCom3, the third and final preparatory committee before Habitat III.