Home/News & Blog/News/How can we make living on the edge better?

The choice of where to live for many Australians is less influenced by personal preference than a combination external factors, such as the cost of buying or renting houses and access to jobs and other resources.

The surging cost of housing, particularly in the inner city has fuelled the gentrification patterns which have been altering the traditional landscape in Australian cities, pushing lower-income households to the distant urban fringe where employment opportunities are scarce and access to education, services and public transport is lacking.

Contributing to the new book, Social Work and the City, edited by RMIT Professor of Social Work Charlotte Williams, the chapter Living on the edge: new forms of poverty and disadvantage on the urban fringe, by Dr Sonia Martin and Professor Robin Goodman from the RMIT School of Global, Urban and Social Studies, highlights the increasing divide in many large and suburbanised cities between residents with access to jobs, services, community and cultural provisions, and those without.

The increasing concentration of low income households into areas with fewer resources within reasonable travel times is creating pockets of disadvantage which may be less visible from the outside and potentially less noticed by social service providers.

While the houses may look new, and the neighbourhoods neat, the residents could be under significant financial stress, says Goodman.

“Good urban planning in outer suburbs should ensure the availability of basic services such as transport, shops and schools,” she said.

“But we also need to consider support services such as legal aid, specialised court services and counselling, emergency housing and assistance rather than simply the basics of house and land, water, sewers, roads and rubbish collection.”

Goodman says the provision of vital infrastructure, resources and services is often critically lacking in the existing outer areas as well as new suburbs being constructed on the fringes of Australian cities with the planning for these suburbs often been inadequate and the economic and social implications of poor planning need far more attention.

The authors suggest that human services, particularly social workers, can play an important role in meeting with the needs of individuals and families that inhabit the disadvantaged areas.

“Social work agencies could contribute more actively to the planning for these areas,” Goodman said.

“They could direct more attention to the role that location plays in disadvantage and their professional weight and experiences to arguments for better planned communities.” 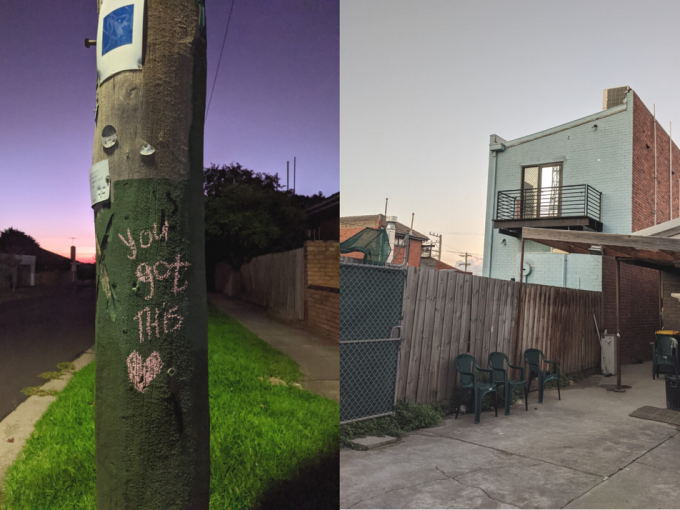 As we emerge from COVID-19 lockdowns, it is timely to reflect on how the design of our neighbourhoods and the ways we interact with them affect our lived experience.