Home/News & Blog/News/Livin’ on the edge: How to plan a new suburb on Melbourne’s fringe

Melbourne’s population is growing fast meaning more residents are being pushed to the outer suburbs to find a place to call home.

Often, residents living in growth areas on the city’s edge tend not to have the same level of service and infrastructure that inner-city dwellers receive.

Here our experts from the RMIT Centre for Urban Research share the key elements that should be in place to ensure suburbs in Melbourne’s growth areas liveable and equitable.

A liveable and equitable suburb offers a variety of housing options to accommodate different family structures and living situations.

This includes affordable housing, but also different sizes and types of houses which should ideally include space for some greenery or a garden. The addition of green space in home lots supports both the mental health of the residents but also the ecology of the surrounding area.

Houses need to be designed to allow for aging in place, accommodate changing needs – such as for growing families – and enable different future uses.

A minimal environmental impact development is also important. Five-star quality-rated houses are more sustainable, more comfortable to live in and allow for energy savings from lower heating and cooling needs.

By bridging distances, transport provides an important function in peoples’ lives because it connects them to destinations such as employment, education, retail, recreational places, and other services which are critical for the health and economic wellbeing of people.

The use of public transport mitigates the impact of cars provided sufficient infrastructure is delivered in a timely fashion. For example, people living in places with poor public transport rely on cars to connect them to important destinations resulting in residents spending up to 15 or more hours per week commuting.

This impacts their health and economic wellbeing, as time for physical activity and time with friends and family is impacted by long commute times and because of the additional cost of car ownership. Impacts from car use also contribute to road congestion and the environment from vehicle emissions.

People unable to drive or who do not have access to a car are disadvantaged if they don’t have any other options to move around.

It is critical to deliver efficient public transport and infrastructure including cycle-ways and footpaths, that supports public transport use and active transportation, early on in the lifetime of a suburb when behaviour change is greatest.

Walking and cycling are active modes of transport that have a health benefit. Active transport is viewed as a partial solution to traffic congestion and for creating sustainable liveable cities. Pedestrian-friendly environments tend to deliver a human scale in urban design and make places more interesting and attractive.

To create walkable suburbs, they need to have high residential density, well-connected streets and a variety of local destinations within close proximity.

Higher densities are associated with more active transport and social cohesion and interaction, and such areas often have a greater mix of destinations, with more residences, shops and services including transport closer together. Higher density areas also tend to have higher levels of street connectivity which reduce distances to destinations and offers greater route choice.

Due to the smaller block sizes and distances involved, walking and cycling are easier. Therefore, higher densities provide the population base and demand for more destinations.

4. Incorporate nature into the design

Green space and visually appealing landscapes have been found to be associated with physical activity and mental wellbeing.

Tree coverage has been analysed as one element of aesthetics and ‘attractiveness’, which also has the advantage of providing shade in hotter climates.

Green and public open space areas can be planned by considering the human scale in urban design and taking on a small-scale view for planning which takes into account the speed of walking rather than the speed of riding in a car or bus.

An emphasis on beauty, aesthetics and a sense of place lead to a high-quality public realm and can induce a stronger place identity.

To improve the health and wellbeing of future residential communities in growth areas, integration with regional planning and transport is vital, especially for access to employment opportunities closer to areas of affordable housing.

Decentralising employment reduces pressure on transport networks as it can reduce the need for travel.It also facilitates living locally as people don’t need to travel large distances to get to work places and can spend more time in their home environment.

Living locally reduces transport barriers for (re-)entering the workforce and can improve work-life balance due to the reduction in commute times.

As with all projects and plans it is crucial to evaluate whether what was planned for was delivered. It is necessary to go back to the project plan after several years to see what was built and achieved, what issues might have arisen and what desired outcomes weren’t delivered and for what reasons.

For new suburbs and developments, planning and implementation can be improved when they are connected to each other and where possible there is some sequencing of the implementation for a suburb’s development.

For example, town centres are typically developed last when retail demand and population density become sufficient, however it is better to have at least some services and destinations in a planned town centre from the outset of a suburb’s development to facilitate early behaviour change towards more active modes, greater social connectivity and improved community development.

It is important to find ways for the early delivery of such services and destinations to strongly improve the experience of early residents and support wellbeing and more active life styles.

Public transport is usually planned for in new suburbs through planning bus-capable roads so that buses can go through the development at some point. However, the process for planning for and funding actual bus routes is separate to planning the development so that years or even decades can pass by before an actual bus service is provided on the ground.

An automatic connection between planning and implementation, for example through triggers of starting with the practical planning of a public transport route when the plan is gazetted or when a certain amount of people has moved into the development, is highly desirable.

Dr Annette Kroen and Dr Lucy Gunn are researchers at the RMIT Centre for Urban Research. They are currently researching the impacts of providing transport options to residents of Melbourne’s new suburbs as soon as they move in. The project aims to produce evidence and tools to assist both the public and private sectors identify ways to improve resident transport and health outcomes; government processes; and transport infrastructure and service financing. 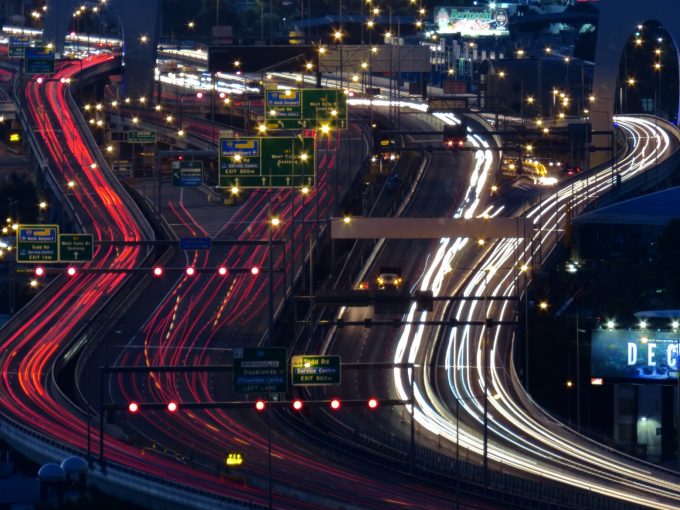