This lack of public transport services can cause negative social impacts including greater social exclusion, and  limited access to entertainment resources

In the recently published paper by Monash University and the RMIT Centre for Urban Research, Social Transit as Mass Transit in Australian Suburban Greenfield Development, authors surveyed Selandra Rise residents and other local residents in the area to explore the use and the impact of a new bus service.

Their findings showed that the bus serves has a hybrid function as both mass and social transit.

Buses in new suburbs often predominantly provide social transit services because they take a circuitous path, are infrequent and have dense network coverage, says co-author of the paper Dr Larissa Nicholls from the RMIT Centre for Urban Research.

“However, the 798 bus route in Selandra Rise in Melbourne’s southeast provided more frequent services and longer service spans than other local buses and filled a need for mass transit” she said.

“The bus takes riders directly from Selandra Rise to Cranbourne town center and Cranbourne railway station, from which they can have more options of travelling mode.”

Key findings from the paper indicate the significance of the service among residents who rely on the bus and claim to have been more easily accessing places and travelling more often since the bus service started.

“The impacts are not restricted to individual commuters but also expand to households and social scale,” Nicholls said.

“Users regard the new bus as a very important mode of transport for them to get to work, study and social events, with some indicating that having a bus service enabled them to be employed.”

Among responses from residents, the bus route was found to free up time in the households because of the reduced reliance among spouses as well as among children and parents where children could take the bus to go to school themselves, saving their parents’ driving time for other family activities.

“On a social level, Selandra Rise residents who do not drive, do not have cars or want to reduce the time they spend driving are now much more able to entertain and maintain connection with friends and family now that they have access to a bus at Selandra Rise,” Nicholls said.

Co-author Dr Cecily Maller says Selandra Rise has a lot of young couples, young families and a higher proportion of recent migrants than some other new housing estates in the area.

“The household characteristics at Selandra Rise may affect use of the bus by residents, for example young families may have relatives visiting from interstate or overseas for extended periods and a bus gives these visitors a means to access other parts of Melbourne” she said.

“Further research should be undertaken in other contexts before these results can be generalised to other neighborhoods and other cities.”

The authors suggest that these findings highlight the need for early delivery of bus services in new areas of housing development to avoid negative impacts on individuals and society as a whole, particularly in urban fringe areas.

“Transparency about when bus service and other public transport will be delivered – and route information – is essential to enable potential home buyers and renters to make informed decisions about what residential locations will support their family’s social, health, educational, and financial needs,” Nicholls said. 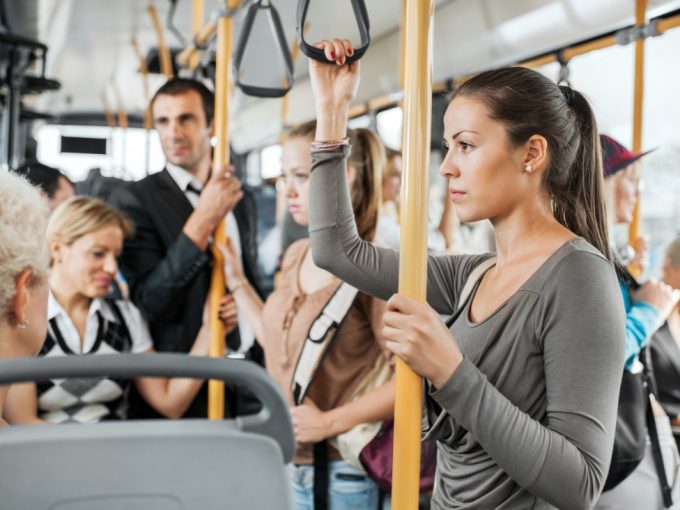