Home/News & Blog/News/PrepCom3: A review of the third and final preparatory committee before Habitat III

PrepCom3: A review of the third and final preparatory committee before Habitat III

As one of the UN Global Compact Cities Programme’s newest innovations, the City Scan garnered quite some attention and discussion at PrepCom3, the third and final preparatory committee before Habitat III.

From July 25-27 in Surabaya, Indonesia, Dr Brendan Barrett of the RMIT Centre for Urban Research and Cities Programme led two events: a networking event on “Ethical Cities” which took place at the Urban Speakers Corner and a side event, City Diagnostic Tool – Measuring Readiness for the New Urban Agenda and Sustainable Development Goals in collaboration with the International Labour Organisation and Rotorua Lakes Council.

Senior Policy Advisor of Strategy Rosemary Viskovic from the Rotorua Lakes Council in New Zealand was part of the City Scan panel (a presentation via Skype) and reported on the role that their City Scan report had played. As an informative tool and point of conversation, the outcomes from the City Scan were utilised to engage the community in the development of their new Sustainable Living Strategy.

Rotorua is a Leading city with the UN Global Compact – Cities Programme and is therefore eligible to receive additional tailored advice and services. Following the City Scan, further research was undertaken for Roturua on priority issues identified in the City Scan such as waste management, energy and food security.

When asked by the side event audience about the benefits of participation in the Cities Programme Rosemary spoke of the value of receiving “third party, objective” views and advice and learning of other signatory cities’ initiatives.

Rosemary said she enjoyed her transport-free “carbon-neutral” experience of PrepCom3: “it was interesting to be able to bring a local perspective to an international audience”.

The ILO was represented in the panel by Edmundo Werner, an urban specialist. He is ILO’s focal point to Habitat III and co-authored the three issue papers on the urban economy. Edmundo was also a member of the United Nations Task Team for Habitat III and ILO advisor for the World Economic Forum (WEF).

Edmundo’s presentation shared information on a number of municipal initiatives related to decent work (therefore labour standards). All of these initiatives are related in one way or another to diagnostics including a project to develop municipal indicators for decent work in Brazil.

Brendan Barrett explained how in 2015 the City Scan was piloted with 19 city signatories to the Global Compact. Local officials in each city completed this perception survey, which covered 157 issues in 22 categories. A proposal was made to upgrade the city scan diagnostic tool to incorporate a range of targets under the Sustainable Development Goals, and to reflect the New Urban Agenda.

The PrepCom3 side event discussion included a range of issues such as how best to deal with the cultural relativity of both the Global Compact Principles and also the urban indicators. There were also concerns about the use of the term ‘cities’ and it was suggested that “human settlements” may be more inclusive of all forms of urban development and types of sub-national government.

The challenge of how to deal with the interconnection between issues—such as gender and sustainability, or food security and nutritional health—was discussed. The role of women in the local economy and their access to decent work, particularly in the African context was also raised.

Brendan Barrett took to the stage in the main exhibition hall for PrepCom3 to participate in the Urban Speakers Corner. It was the first time that the Cities Programme has shared information on its activities around the notion of ethical cities at the global level.

The presentation builds on the outcomes of the February 2016 Ethical Cities Urban Thinkers Campus which was organised in collaboration with World Vision International at RMIT University. The report from this campus was shared via the World Urban Campaign and succeeded in ensuring that reference to ethical cities was contained in principle one of The City We Need as follows:

“The City We Need is people-centered, ethical, and just.”

This was taken forward in an Urban Innovation Forum on Ethical Cities organized in collaboration with RMIT Europe in Barcelona on 6 July 2016.

In his presentation at the Urban Speakers Corner, Brendan outlined four key aspects of the ethical city around leadership, planning, business environment and citizen engagement. He specifically made reference to the problems with corruption in cities across the world and how this has the potential to undermine city development.

He took the opportunity to screen the trailer for the upcoming Massive Open Online Course on Ethical Cities. This MOOC is being developed by the Cities Programme and RMIT University on the FutureLearn platform and will be launched at Habitat III in Quito. The course will run for five weeks from 14 November onwards. The trailer was really well received from the audience and there was consider interest in the MOOC and questions on how to register. 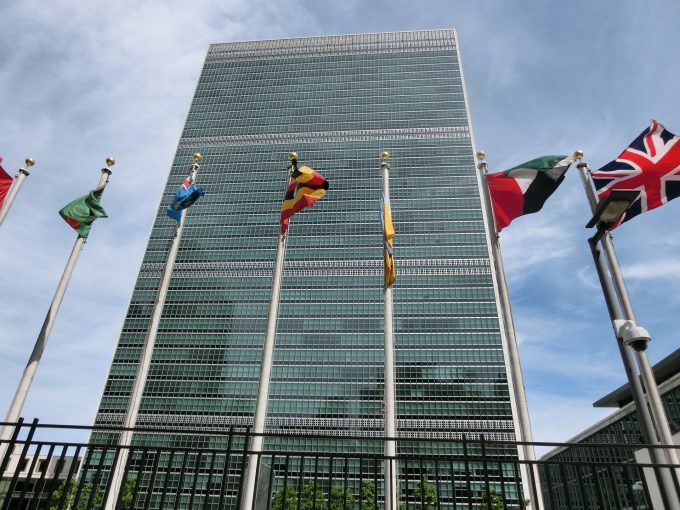