We speak with Associate Professor Wendy Steele to learn how planners are shaping our cities.

Why is planning essential to creating cities of the future?

Australians are predominantly urban dwellers. We are a city-oriented nation. The majority of the Australian population live in the five largest cities located along the Australian coastline.

Australians work and play in the cities; they build careers and raise families, and their cities must respond in turn to the changing needs of the growing population.

Fundamental to this are ambitions around sustainability and development.

How do we coordinate growth in our cities that is environmentally sustainable? How do we ensure that the outcomes of development are fair and reasonable for all members of the community, regardless of wealth or circumstance? How do we create habitats that reflect the diversity, vibrancy and creativity of the community?

Planning plays an essential role in this, as an endeavor that connects people to where they live.

The main questions are: Who wins and who loses in the city? Who gets ahead and who is left behind? In what ways – and by what means – do we create, build and inhabit the cities of the future? Planning has a major role in mediating these (often competing) community concerns.

As a planner you will have an important role to play in shaping the cities of the future.

This article is the final part of a three-part series on sustainable cities. Read Part One and Part two.

What are some of the main considerations when planning for future populations?

Good strategic planning is an activity that spans past, present and future. It builds on lessons learnt from the past, critically interrogates present urban activities and patterns of development, and draws on diverse resources and community vision to plan for future generations.

The planning issues are complex and interconnected. We live on one of the driest continents in the world and our cities are built in the most fertile regions, so planning for water and food security within the context of a growing population is essential, but no simple task.

Firstly, planners have to address competing interests and claims for water from farmers, urban populations, recreationists, environmentalists and so on. This involves navigating three separate tiers of government structure: federal, state and local.

Australian cities do not fit within any one of these tiers but straddle all three jurisdictions. This means cities are either addressed by all levels – which creates duplication and confusion over roles and responsibilities – or, more commonly in Australia, cities are addressed by none of these levels directly, which results in neglect and oversight.

Critical infrastructure such as roads, ports and telecommunications are key examples of areas in cities that require planning and investment in order to respond to the needs of future populations, and yet this has proven to be difficult as a result of the federal governance system deficit.

To address this, some people have suggested a fourth tier of government that focuses specifically on cities, but this is still just an idea. So, watch this space!

How can good planning contribute to reducing the impact of climate change?

How do we prepare for and respond to weather of mass destruction? Planning has an important role in addressing climate change in cities through mitigation and adaptation.

However, addressing climate change is a collective task for the whole of society that is clearly beyond the remit of planning alone. The close link between the way we live in cities – that is, our collective consumption and production – and the impact to the Earth in terms of global warming means that action is required now and into the future.

Energy, materials, building and waste are central to the functioning of cities and a focus for action on climate change. Transitioning to a low carbon future requires a move to renewables, away from coal, and reducing the use of cars in favour of public and active transport. Responding to the impacts of climate change (bushfires, floods, heatwaves and other extreme weather) will necessitate new building materials and innovation in planning approvals, systems and schemes.

We are being called on to rethink the way we consider and design our cities. This may involve greater concentrations of community hubs, which co-locate services together, meaning people do not need to travel so far to access them.

This will require a stronger focus on urban greening and green buildings to counter the effects of concrete environments that retain heat as well as excess carbon-dioxide from coal burning.

Ultimately, however, this will require a rethink of how we live our lives – a shift away from a society of ‘conspicuous consumption’ to one that better values the Earth as our habitat through an ethic of care and environmentally sustainable action. Every individual needs to consider how they can contribute to this transition, professionally and personally.

What are the future directions for planning?

It is important to remember first and foremost that planning is increasingly diverse, and the nature and type of roles that planners are involved with is continually expanding and changing.

With the collective ambition and endeavor seeking to strategically shape and steer towards environmentally sustainable human habitats, planners have many roles. These include planning at different scales – international, national, state, local – in different areas (for example, water, energy, climate change, transport, housing and environment), and with a different focus in each instance (for example, strategic, statutory, legal, economic, social, environmental, community and heritage planning).

There are some interesting changes going on in planning that reflect these contemporary times. ‘The Clara Plan’ proposes to build two inland cities in Victoria and six in NSW as advanced, sustainable SMART cities with a design focus on connectivity, innovation and liveability.

The plan also includes a high-speed rail network between Melbourne and Sydney to open up regional areas to the benefits of the Australian economy and reduce car and freight travel on the roads.

Within Melbourne there is a proposal to build bicycle highways or elevated bike lanes through the Melbourne CBD to facilitate active commuter transport from the suburbs to the city centre. This would also reduce carbon emissions caused by intensive travel by fuel-powered vehicles to and from the CBD.

A final example of change is the development of subterranean or ‘iceberg’ housing developments. Given that there is a shortage of land in cities and there are often restrictions on going up, a number of people are increasingly opting to build down up to three floors under their existing house. This has raised concerns about the impact on fragile water tables and surrounding homes, and is currently under debate in Melbourne in the community, the media and the courts.

These are but a few examples of future directions in planning at different scales, but one thing is for certain: the future of planning is not static, and by its very nature actively embraces and seeks to strategically direct positive urban and regional change.

About the expert: Associate Professor Wendy Steele is Program Manager of RMIT’s Master of Urban Planning and Environment and active member of RMIT’s Centre for Urban Research.

This article is the final part of a three-part series on sustainable cities. Read Part One and Part two. 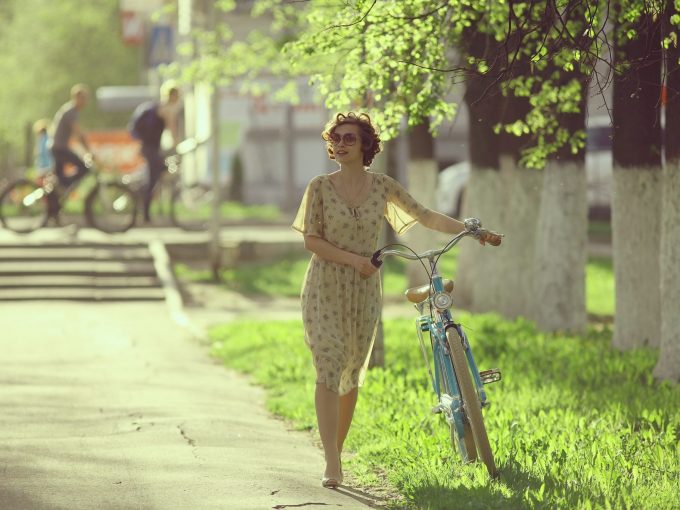