The project investigates the framings and practices of local governments, community groups and NGOs as they seek to create local adaptation strategies.

This research is concerned with responses to climate change and variability at the local scale.  It critically investigates tensions, synergies and potentialities between local governance agencies’ formal policies and innovations by local groups and NGOs. It develops ways of identifying and implementing responses that are socially innovative and capacity building.

The task of adapting to climate variability and change (CVC) is acutely felt at the local scale. This is where international, national and state policies are translated into practices that help people and places better prepare for, and adapt to, the anticipated impacts of climate variability and change (CVC). Paradoxically, it seems that local government, tasked with leading local adaptation, is presently caught in what might be called an ‘implementation trap’. This research seeks to understand why.

Central to this research is critical interrogation of tensions and potentialities between (a) top-down risk assessment by agencies of local governance and (b) bottom-up innovations by local groups and NGOs. The project will thus investigate the framings and practices of local governments, community groups and NGOs as they seek to create local adaptation strategies that reflect lived realities at the neighbourhood scale. It then goes further to use this understanding to direct policy attention to building social innovation and capacity-building practices at the local scale in response.

Adaptation strategies are informed by the practices that constitute policy framing and implementation (Shove 2010). A practice-approach is thus crucial for understanding the potential for local scale actors to effect socially innovative adaptive responses to CVC (Schatzki, 2001; Shove & Spurling, 2010). Extending work that the research team and others have done in relation to climate justice in Australian planning (Steele et al. 2012; MacCallum et al. 2011, 2014; Schlosberg 2012), the research will focus on how practices associated with climate adaptation responses shape lived outcomes.

Previous research shows that local adaptation strategies and policy-makers focus almost exclusively on scientific and technical concerns (eg Byrne et al. 2009, MacCallum et al. 2014). Some commentators have suggested that the innovativeness and local appropriateness of community and NGO approaches to CVC tend to be undervalued or discounted in local adaptation plans (Ireland & McKinnon, 2013). Yet little is known about why this occurs and what alternatives might exist.

The research is concerned with what causes practitioners and other actors to think and act the way they do. It will initially focus on their framing, which serves to define problems, diagnose their causes, evaluate and make judgements about agents and impacts, and suggest remedies and predict their impacts (Rein & Schön, 1994). The research will further identify the kinds of (institutional) learning that may (or may not) occur in adaptation planning processes, and how far they encourage (or inhibit) processes of creative discovery of new practices, through which new policy frames can become recognised and adopted (Healey, 2008).

Because practices are situated in the particular circumstances of sites, the research will be grounded in specific local governments and actions in each of the four states in which the research team are based: Victoria, Queensland, WA and NSW. The case study locations will be finalised in collaboration with the Project Reference Group and a comprehensive audit of local government and community-based websites (see below).

Practice theories as described above will inform the methods used.

The research will be carried out in a three year period and involve 5 Specific phases, as follows: 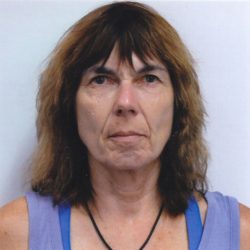