HABITAT: A study of how areas in Brisbane influence health and activity

Home/Projects/HABITAT: A study of how areas in Brisbane influence health and activity

A central goal of the World Health Organization’s Healthy Cities Program is to create urban environments that promote the physical and mental health of people living in cities. Federal, state, and local governments each play a key role in achieving this goal.

However, governments at all levels are increasingly being confronted by challenges to public health that arise from: an ageing population; climate change and adverse weather events; rising rates of overweight and obesity; increased rates of chronic disease; increased population growth and urbanisation; greater pressure on neighbourhood and city infrastructure and resources; declines in the use of active transport (e.g., walking and cycling); and social and economic inequalities in health.

Now, more than ever, there is an urgent need to better understand these (and other) public health challenges, to devise effective and cost-efficient ways of preventing them, and to minimise their impacts and manage their effects when they occur. The HABITAT study is well placed to make a useful contribution to addressing these public health challenges.

The primary aim of HABITAT is to examine patterns of change in health, wellbeing and related behaviours (e.g. physical activity, sedentary behaviour) and to assess the relative contributions of environmental, social, psychological, and sociodemographic factors to these changes. The HABITAT study focuses on the built and social environments of 200 Brisbane neighbourhoods, and the perceptions and behaviours of 11,000 residents aged 40-65 years surveyed on 5 occasions over nearly 10 years (2007-2016).

The study’s findings are providing policy makers, planners, and urban designers with vital evidence about meeting a range of public health challenges, especially those relating to promoting healthy ageing and chronic disease prevention, and this evidence will contribute significantly to reducing the social, health, and economic burden associated with an ageing population. HABITAT is funded by the Australian National Health and Medical Research Council (NHMRC) and supported by the Brisbane City Council. 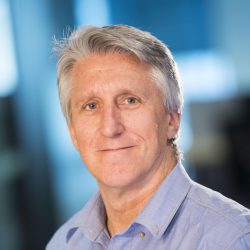 Learning about how to change the built environments where people live, work, learn and play to protect human and planetary health will better prepare us for contemporary and future challenges.