The project will develop a new methodology for evaluating multicultural collections, and new policies and strategies to develop and provide access to these collections. Benefits will include enhanced understanding of Australia’s history and heritage, and Australia’s identity as a multicultural nation.

This project will assist major Australian libraries to better document the histories and lived experience ofAustralians from culturally and linguistically diverse backgrounds. Outcomes will include a new methodology for evaluating multicultural collections, and new policies and strategies to develop and provide access to these collections. Benefits will include informed public debate about the contours of Australia’s history and heritage, and Australia’s identity as a multicultural nation.

Australia is acknowledged as a pioneer in the design and provision of library services in a multicultural society (International Federation of Library Associations 2009). Animated by the 1978 Review of Post-Arrival Programs and Services to Migrants (Galbally 1978), the Australian library sector sought to re-orient policies and programs to promote equality of access to library services, and to document and preserve the heritage of a multicultural society.

The library profession was active in policy formation, with the Library Association of Australia’s Working Group on Multicultural Libraries convening two important national conferences in the 1980s (Whitehead et al. 1981, Whitehead and Holmes 1986), and linking with the gallery and museum sector to extend debate throughout the public collecting institutions (Birtley and McQueen 1989).

At a national government level, the 1986 Review of Migrant and Multicultural Programs and Services (the Jupp Review) criticised a lack of national responsibility for safeguarding “ethnic archives”. This observation was underscored by the absence of any reference to documentary heritage in the 1988 Commonwealth government’s statement Towards a National Agenda for a Multicultural Australia (Whitehead 1993). The Cultural Minister’s Council sought to respond to this deficit by establishing a Consultative Committee on Cultural Heritage in a Multicultural Australia, which produced A Plan for Cultural Heritage Institutions to Reflect Australia’s Cultural Diversity (Consultative Committee on Cultural Heritage in a Multicultural Australia 1991). The State Library of New South Wales and the State Library of Victoria initiated programs to connect with migrant communities, the former through an inter-departmental link with the Ethnic Affairs Council of New South Wales, and the latter less systematically through the work of the library’s field historian. By the 1990s, the strategic plans of Australia’s major public libraries explicitly acknowledged the culturally diverse nature of Australian society and the sector’s commitment to fully document the nation’s or the state’s cultural heritage (Walker 2001, Library Board of Victoria 1998).

Despite this apparent level of activity, the library and archive sector’s progress in developing multicultural collections has been slow. Structural impediments to progress, according to the National Library’s Margy Burn (2003), have included the sporadic, project-based nature of funding devoted to collection development in this area, and overall budget pressures on public libraries that were alleviated through the discontinuation of ‘active’ collection development in areas such as oral history. However, theorisation of the “neoliberal library” by UK-based scholars (Greene 2012, McMenemy 2009) offers an additional explanation for such a pulling back in pro-active collecting, in terms of the development of an ‘access’ narrative, where public libraries serve as conduits to on-line information for information consumers.

Consistent with developments in Australia, critical and professional interest in the provision of library services in other culturally diverse societies emerged in the late 1970s. The initial framing of these discussions, particularly in the professional literature, focused on library services for “ethnic minorities” (Clough and Quarmby 1978; Malone 2000; Carroll 1990; Bezugloff 1980). In the late twentieth century this service-led approach paid close attention to library school curricula (particularly in the USA), as well as to institutional factors such as staffing structures (Stoffle and Tarin 1994). However, in line with Burn’s (2003) observations of the Australian scene, criticism of the limited change in the outlook and services of libraries emerged in several parts of the globe in the 1990s (Gilbert 1999;

Pawley 2006). Despite the establishment of specialist library journals such as Collection Management, specific discussion of collecting and collections in relation to cultural diversity is surprisingly rare. Pettengill and Morgan’s (1996) optimistic discussion of retrofitting a library collection to incorporate a multicultural dimension is challenged by critiques of the

racial politics underpinning conventional library practice, as embodied, for example, in the Dewey system (Wiegand 1998). By the 1990s, other structural factors emerged that have impacted on library practices. For example, US- based research shows that in the late twentieth century budget pressures on libraries, as well as changing publishing formats, led to a considerable decline in the acquisition of print materials, with the impact falling most heavily on materials in languages other than English (Gilbert 1999).

Burn’s (2003) analysis highlights a deficit that this project seeks to overcome: the lack of critical and systematic inquiry into the conceptual underpinnings of statutory obligations to represent the histories and cultures of all state or national populations. What assumptions are made about the historical, linguistic or territorial framing of such a role?

Do collecting programs encompass the histories and life worlds of migrants beyond Australian boundaries? And, if so, how might such an expanded role intersect with budget pressures experienced across the library sector in recent times, most notably at national level? 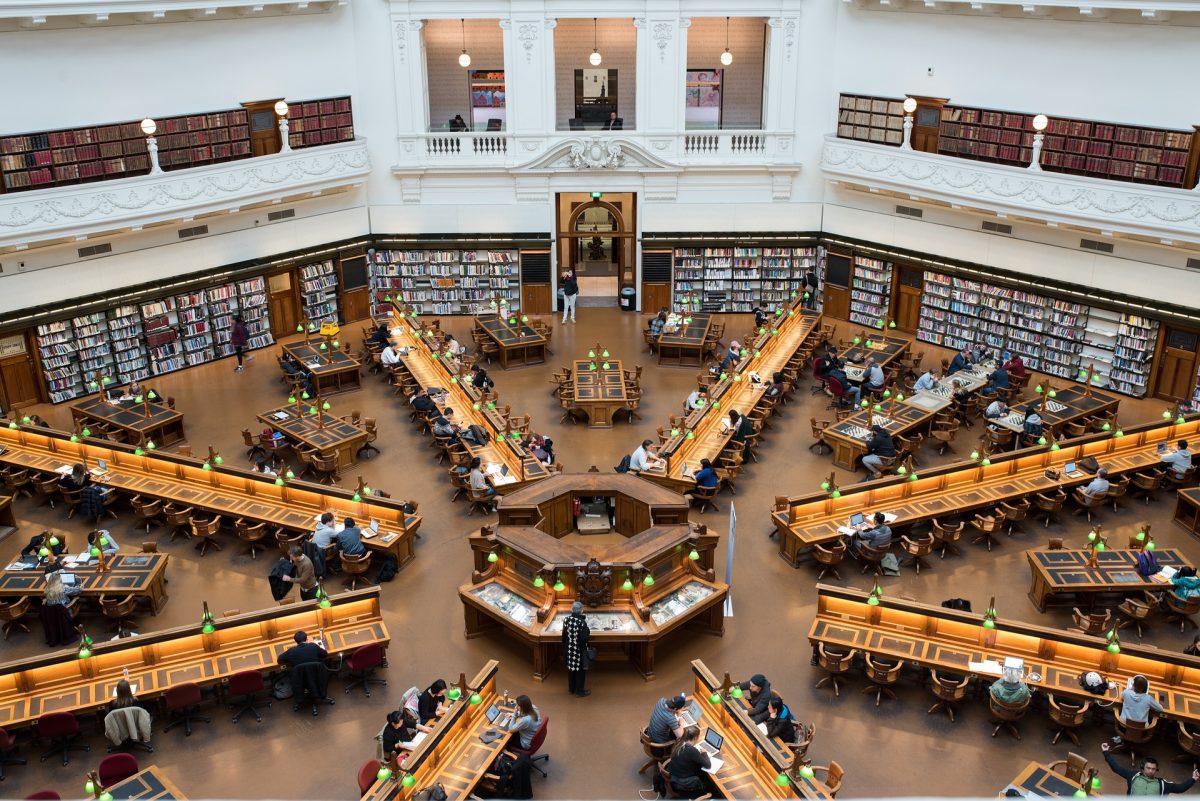 This program examines the interplay of culture, technology and city spaces.

Libraries and the Community Symposium