The Adani Controversy: Contesting coal and climate change through scale

We conducted an intensive analysis of over 3000 news media reports, complemented by interviews with key stakeholders from the environmental movement, to explore representations of the Adani controversy

The Adani controversy has been one of the highest profile environmental conflicts in Australia for decades. The mine is projected to produce 2.3 billion tonnes of coal over 60 years, over time period when the science is telling us we must reduce carbon dioxide emissions to zero to avoid dangerous climate change. Opposed by the Wangan and Jagalingou people, traditional owners of the land, the mine has been granted unlimited access to groundwater by the QLD government and will have significant impacts on the ancient aquifers that connect the mine site to the Great Artesian Basin. It will have impacts on a number of threatened species and requires industrial development of the Great Barrier Reef Marine Park. For these reasons, the mine has become a talismanic issue for the environmental movement, which since 2010 has built a loose but broad-based coalition opposed to the development. Interests aligned with the mine have, in turn, formed their own coalition determined to see the mine go ahead. Both of these coalitions have used representations of geographical scale to contest the development. When an issue is represented as being of local, regional, national or global significance, those scales are not the product of a ‘natural’ order but are instead constructed for political ends. Whether an issue is framed as ‘local’ or ‘national’ has implications for how an audience is invited to engage with the issue and the sorts of political responses on offer.

We conducted an intensive analysis of over 3000 news media reports, complemented by interviews with key stakeholders from the environmental movement, to explore representations of the controversy by the pro- and anti-mine coalitions and the strategic deployment of geographical scale to support their respective arguments. Our findings show that both sides are adept at slipping between scales to advance their representation of the project. The pro-mine coalition have proven particularly effective at ‘stacking’ regional, national and global scales together around arguments of economic justice, while framing mine opponents as outsiders with values foreign to the ‘real’ Australians who supposedly benefit from the mine. Whereas the anti-mine coalition were able to link the local and global scales around issues of environmental justice, while highlighting democratic injustices at the national scale. The research has relevance broader than just the Adani mine controversy. The tactics we identified have a bearing on the recent federal election results, where the government very successfully framed coal mining as a regional issue of economic justice and opponents as interlopers coming from interstate. Conversely, the ALP failed quite badly as it tried to run dual messages in its inner-city electorates and its regional QLD electorates. How scale is being enrolled into political debates has a great relevance for our current political moment and there is a role for geographers in providing insight into how politics is performed both here in Australia and around the world. 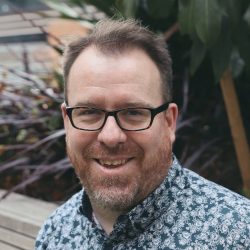