The Little Things that Run the City

The Little Things that Run the City is a City of Melbourne and RMIT University co-funded project that aims to document and map the insect biodiversity of public urban green spaces within the boundaries of the City of Melbourne whilst assessing the ecosystem services they provide to people.

We aim to expand this circle so that it may also encompass the conservation of insect and other invertebrates in urban environments. We are driven by a will to ‘say a word on behalf of the little things that run the city’.

This project has been inspired by the environmental conservationist Edward O. Wilson’s famous quote “…let me say a word on behalf of these little things that run the world”. The quote was part of an address given by E.O. Wilson at the opening of the invertebrate exhibit of the National Zoological Park (Washington, D.C., USA, on May 7, 1987). It later appeared in writing in the first volume of the journal Conservation Biology.

The key objective of Wilson’s address was to stress the urgent need to recognise how important insects and other invertebrates are for humanity. Almost 30 years ago, he was keen to see that efforts aimed at the conservation of biodiversity were beginning to also include non-vertebrate animals. In his words:

“A hundred years ago few people thought of saving any kind of animal or plant. The circle of concern has expanded steadily since, and it is just now beginning to encompass the invertebrates. For reasons that have to do with almost every facet of human welfare, we should welcome this new development.”

With more than one million described extant species, insects represent the most diversified animal taxa on planet Earth. Unsurprisingly, insects account for as much as 66 percent of all known animals.

The core importance to humanity, however, does not reside alone in their diversity, but in the ecological roles that they play in structuring mutualistic and trophic networks in almost all terrestrial and freshwater ecosystems throughout the biosphere. Moreover, through their capacity to structure and fertilise soils, disperse seeds, pollinate flowers, regulate weed and pest populations, and provide food, insects are arguably the World’s most important contributors of biodiversity-delivered ecosystem services.

Although cities can have detrimental impacts on certain plants, animals and native habitats, rich biodiversity is known to exist in urban environments and contributes substantial benefits to human inhabitants. In particular, maintaining functioning biodiverse urban ecosystems can substantially improve human health and well-being, and contribute to climate change mitigation and adaptation. Responsible and efficient stewardship of urban biodiversity by city governments therefore can greatly improve local, regional and global sustainability.

Insects are a critical component of urban biodiversity and the ecological functions they perform within and beyond the boundaries of cities translate into a plethora of ecosystem services and disservices that are delivered constantly to city-dwellers. Presently however, the paucity of data on the diversity and ecological roles of insects in urban ecosystems is hindering progress in ecology and conservation science at the country, continental and planetary scales as well as hindering the sustainable design of urban landscapes. There is therefore a great need for research into the insect biodiversity of urban environments for both scientific advancement and urban sustainability practice.

The present insect ecology, biodiversity and conservation research is been conducted in the City of Melbourne. The City of Melbourne’s commitment to sustainability and biological conservation is reflected in its Urban Forest and Open Space strategies and the goals set in its latest four year Council Plan. More recently, the on-going development of a new urban ecology strategy has heightened the council’s interest and concern for its insect biological diversity.

This research has been developed following the collaborative partnership model of science-government partnerships. This approach advocates for government professionals and academic researchers to work in close association to generate mutually beneficial outcomes. To guarantee that both theoretically interesting and practically important questions are identified, key research questions should be developed collaboratively between researchers and practitioners. This principle was used to guide The Little Things that Run the City project, leading to the formulation of the following research questions:

This research will illustrate the importance of the City of Melbourne for the conservation of insect biodiversity. Further, results stemming from this research will identify particular insects with key functional roles that benefit humans. This knowledge could be then be used to identify where to prioritise conservation activities, guide the design and maintenance of green spaces, and assist decision-makers in considering insects in broader biodiversity plans and strategies.

Melbourne is gaining a well-deserved reputation as a leading city for biodiversity studies. The development and implementation of the City’s Urban Forest and Open Space strategies and the conservation goals set in its latest four-year Council Plan highlight the City’s commitment to biodiversity conservation. This project is well aligned with these strategies and goals, and reflects our common commitment to Melbourne’s sustainability. Our findings will also provide valuable baseline data that can be integrated into future research agendas, for example the City of Melbourne’s 2016 BioBlitz and the ‘Shared urban habitats’ research project of the recently established National Environmental Science Programme – Clean Air and Urban Landscapes hub.

Where did the project take place?

When did the project take place?

The project started in October 2014 with the insect survey of the State Library of Victoria’s ‘Grasslands’ Installation. The insect survey of the 19 public green space sites took place between January and March 2015. Insect species were sorted and identified from April to September 2015. A first report was started completed in November 2015. Insect sorting and identification will continue until April 2016. A final report will be submitted to the City of Melbourne in June 2016.

How were insects sampled?

Information on the presence of different insects was collected by either direct observation or sweep-netting. Our survey protocol explicitly avoided collecting the immature stages of species (e.g., caterpillars), and a considerable effort was put into minimising the number of adult insect specimens collected.

How many insect species so far have been recorded in the City of Melbourne?

As many as 1,351 insect species have been recorded in the City of Melbourne. They are represented by 834 genera, 215 families and 16 orders.

Which insect orders have been found so far in the City of Melbourne?

Which sites have the highest insect biodiversity?

Which habitat types have the highest insect biodiversity?

What is the most common insect in the City of Melbourne?

The most common species is a beetle in the genus Corticaria (Coleoptera: Latridiidae). These beetles are referred to as minute brown scavenger beetles. This species was collected in all sites, in the four studied habitat types and in association with 50 different plant species.

Were non-native insect species recorded in the City of Melbourne?

What benefits do insects deliver to people in the City of Melbourne?

Insect species occurring in the City of Melbourne deliver at least four benefits to its city-dwellers: biological pest control, soil fertility, pollination of crop and ornamental plants, and persistence of plants that are naturally dispersed by ants. Insects may also provide food (e.g., honey and lerps). 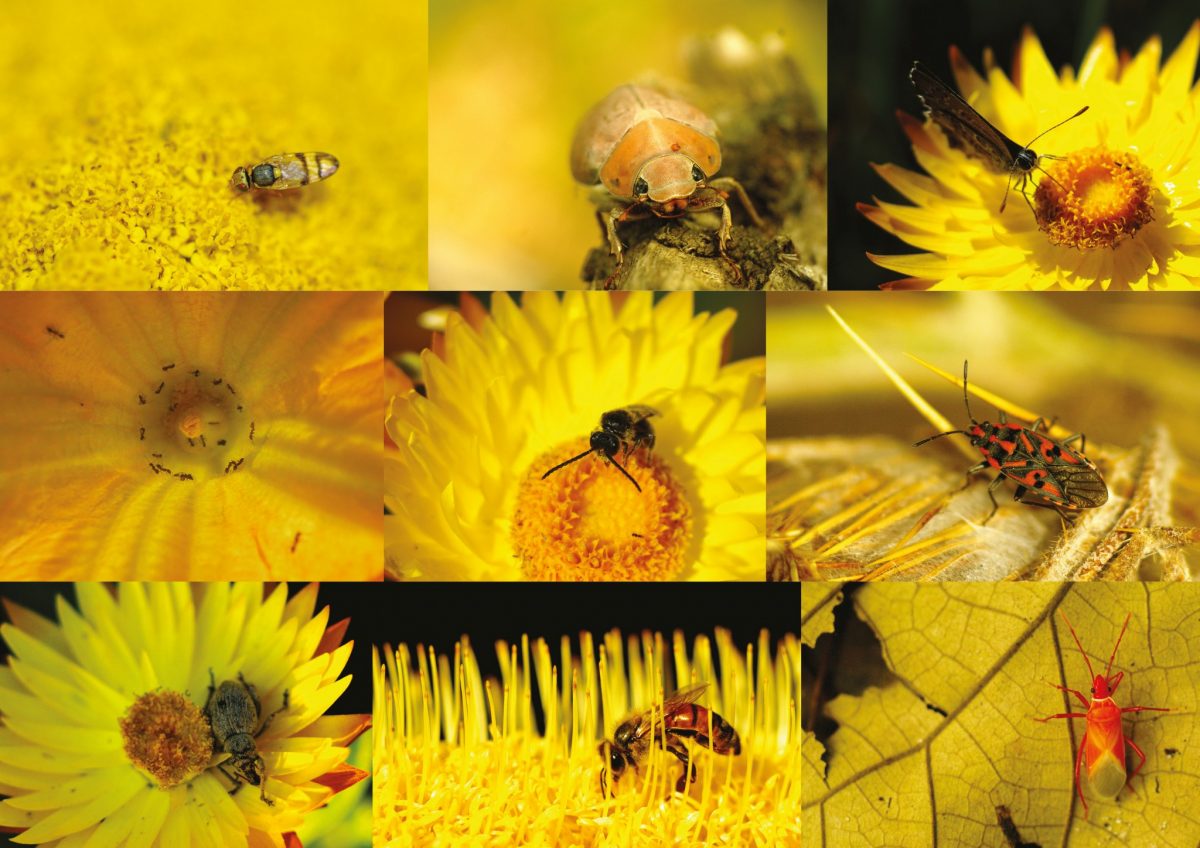 The ICON Science Research Group is a team of researchers working to understand the interaction between society and our environment.