Plan Melbourne 2017-2050 forecasts a metropolitan population of 8 million by mid-century. Melbourne’s western suburbs will grow by 625,000. Despite such projections, the Plan offers no substantial changes to the public transport network for the West beyond currently committed projects, nor are there any targets for increased mode share that might direct investment towards less congestion-prone futures.

The Western Suburbs Transport studio considered alternative scenarios for the future of transport in Melbourne’s west. The multi-disciplinary studio involved Urban Planning and Architecture students and drew on many technical experts from state and local government and the private sector. Following a grounding in key theory and robust sessions with the experts, students were asked to consider three conceptual transport and land use scenarios for the west:

1. A ‘business as usual’ scenario, involving a build out of announced road and public transport initiatives.

2. A scenario designed to achieve a 20% public transport mode share for motorized journeys (as envisioned in the earlier Melbourne 2030 plan).

Data on current transport patterns gathered and analysed by the students demonstrated that:

* Adopting a ‘business as usual’ infrastructure investment strategy will not meet expected demand on the western suburb’s main rail corridors.

* There is a lack of alternatives to the private car for travel between major employment centres in the west (especially Werribee, Sunshine, Highpoint, Footscray and Moonee Ponds) as well as the designated National Employment and Innovation Cluster (NEIC) at Werribee East.

* There is inadequate consideration of access to Melbourne Airport as a regional employment ‘cluster’ of comparable stature to the declared NEICs.

Responding to these themes, the studio provided fresh interpretations of transport and land use relationships in Melbourne’s west. These reinforced the need for new thinking about growth areas and dispersed urban environments more broadly. The research identified two specific key transport and land use dilemmas:

1. That without meaningful re-orientation of jobs and services into suburban nodes, population growth may overload the capacity the rail network, even with delivery of new infrastructure such as Melbourne Metro 1. In turn, such capacity constraints may preclude adoption of best practice public transport network operating practices, where feeder buses would deliver passengers onto an overloaded, radially-oriented system.

2. The studio concluded that efforts to decentralise employment, education and health services to suburban nodes are critical in limiting inter-regional travel demand. New transit network structures developed in the studio to provide an alternative to car-based futures prompt re-consideration of the strategic importance of sites currently overlooked in official strategic planning documents. Several students identified Deer Park and Airport West as key nodes in an alternative best practice transit network. Neither of these are recognised in Plan Melbourne.

Given the scale of predicted population growth, the studio found that implementation of a trunk, high frequency public transport network serving much-enhanced and diverse suburban nodes within the west is necessary to avoid increasing road and rail congestion. Such a network is vital to achieve either a higher public transport mode share, or the Plan Melbourne ’20-minute city’ concept. 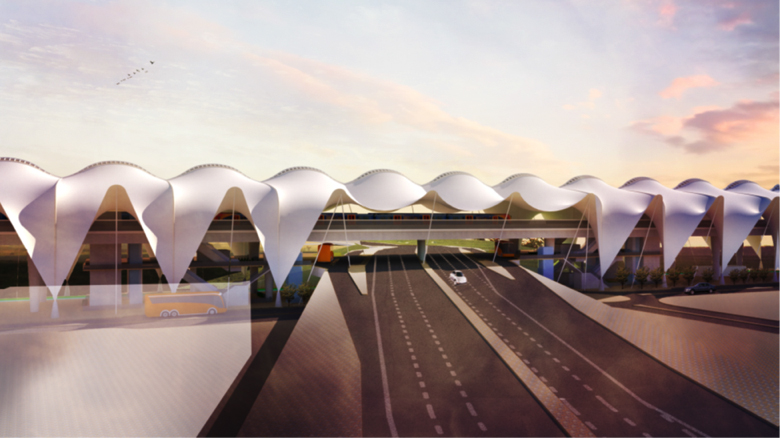