Who owns the Sustainable City?

Cities are central to achieving sustainability, yet urban redevelopments – often justified as sustainable – have displaced 15 million people. This research asks how we can find socially sustainable paths of urban development.

Sustainability has become a near-ubiquitous feature of urban policies, programs and projects in cities around the world proliferating whole new sub-fields of urban scholarship and practice.

Within the great diversity of definitions there is a general consensus that pivots on Brundtland’s 1987 original definition of sustainable development: sustainable city futures must (at least) be ecologically sensitive, socially just and economically viable. This means that urban processes that are deeply socially unjust, or profoundly ecologically destructive, or economically catastrophic cannot in good conscience be considered sustainable.

It is notable, then, that despite this extraordinary proliferation of sustainability policies, designs, guidelines, construction technologies, planning techniques, research approaches and conceptual tools, contemporary urban development trends display an intensification of social division, ecological destruction and economic vulnerability on scales never witnessed before.

This is particularly witnessed through current global levels of displacement as a result of urban development, which the Red Cross estimates at 15 million people.

Yet despite those differences, at the centre of all processes of displacement is a fundamental contest between different kinds of property rights: the property relations of those being dispossessed are neither recognised nor powerful in the process of urban development. This project focuses on property rights as structural features of urban development that are essential for seeking and securing sustainable urban futures.

To do, the project investigates three instances of marginalised and vulnerable expressions of property in three very different cities. First, is the city of Melbourne where Indigenous people express continued connections to their lands now fully taken over by urban development. Second, is the city of Santiago, Chile, where the Indigenous Mapuche people are returning to the city as part of their wider struggle for land justice, building community spaces in the heart of the city.

Third, is the city of Sao Paulo in Brazil, where urban social movements are taking over long-abandoned properties in the central city to provide much-needed housing and to demand the ‘right to centrality.’

Each represents a very different expression of being in a propertied relationship to place, even though that relationship might not be formally recognised through a title or protected by law.

The project is undertaking in-depth interviewing and participatory mapping in each case area to understand what these different expressions of property look like, how they are vulnerable to the aspirations of urban sustainable development, and how they help us rethink a more just conception of urban sustainability for the 21st century. 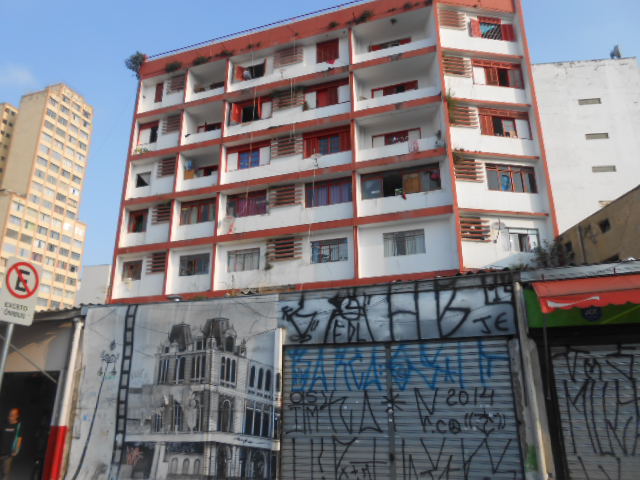