Home/News & Blog/Blog/Build in good services from day one for healthier communities: lessons from Selandra Rise

Originally published on The Conversation – 09 May 2016
Authors: Cecily Maller and Larissa Nicholls

Released today by VicHealth, our five-year study into the creation of one such community, Selandra Rise in Melbourne’s south-east growth corridor, points to the need for providing good services and integrated planning early on.

In most Australian cities new communities are usually set on greenfield sites. These have limited pre-existing infrastructure and services. Aside from housing and connections to water and electricity networks, at the bare minimum communities need parks, schools, shops, health services, public transport and roads.

Although the models and timing of the delivery of services and infrastructure vary, housing is usually delivered long before such essential services. For this reason early residents in new communities are often called “pioneers”.

Debates continue about the timing and delivery of public infrastructure in new communities. At the heart of the issue are two conflicting viewpoints.

The economic rationalist view requires a big enough population to ensure viability of services such as public transport or shops before these are delivered. In contrast, a health promotion perspective calls for health-enabling facilities, infrastructure and services from day one.

Major life changes such as moving house create an opportunity to intervene in unhealthy lifestyles and encourage new residents to adopt healthier travel practices, or “active transport”. Examples include walking, cycling and taking public transport. However, the lack of infrastructure and services in the early years can force residents of new communities into car dependency.

Taking a longer-term view and considering broader economic impacts, the health promotion perspective makes more sense. That’s because having healthier communities reduces the cost of the burden of disease.

Recent work on obesity by Pricewaterhouse Coopers estimates the potential cost savings. A 2015 study found that if no action is taken, obesity and its health impacts are estimated to cost the Australian economy A$87.7 billion from 2015-2025. Over the same timeframe, it shows interventions to target obesity would provide a benefit of $2.1 billion.

Unfortunately, this report did not include environmental interventions such as active transport. Filling this gap, a 2014 report by the McKinsey Global Institute argues interventions to “reset” default lifestyle patterns – without relying on conscious choices by individuals – will play a vital role in improving population health. This, in turn, will cost-effectively reduce health-care costs and improve productivity.

An example is designing urban environments that promote physical activity. As others have pointed out, such interventions involve sectors beyond health – such as finance, transportation and urban planning. These sectors will “arguably have the greatest influence in creating environments conducive to obesity prevention”, as well as reducing other negative health outcomes of sedentary lifestyles.

What did the project set out to do?

As a new community, the Selandra Rise demonstration project presented an opportunity to explore such an approach. Our research set out to evaluate the viability and success of embedding principles of health and wellbeing into urban planning as a blueprint for future communities.

A key outcome was the early delivery of some facilities and services. These included a community centre, a school and a park before or close to when the first residents moved in. More parks were completed within two to three years.

Public transport via a bus service was delivered after three years, before standard business practice of about five years. This service connected residents to the Cranbourne shopping centre and train station.

What did the study find?

Our research, funded by VicHealth, assessed key design features. It was undertaken by RMIT University’s Centre for Urban Research in collaboration with Stockland, the Metropolitan Planning Authority, the City of Casey and the Planning Institute of Australia.

The research found the community centre reduced social isolation for some residents; provided a meeting place for new mothers and residents planning the community garden; and was a hub for other community development activities.

This finding illustrates the importance of the spatial dynamics of where people live and work. Integrated planning across housing and transport systems is needed.

Despite most residents using their cars to get to and from work, the bus was shown to be highly important. It provided a vital service to residents without access to other forms of transport or who were reliant on other household members for a lift.

After the bus was introduced, public transport patronage (a combination of bus and/or train), although not high to begin with, returned to the same level it was in residents’ previous neighbourhoods (14%).

The early delivery of some key features of Selandra Rise has had small but positive impacts on health and well-being. However, such gains are unevenly distributed in the resident population and were offset by long commute times and increasing resident dissatisfaction with this.

The early delivery of services at Selandra Rise is a step towards integrating health into community planning, but more needs to be done. Early delivery in new residential areas depends on partnerships and long-term collaboration, involving multiple levels of government, planning authorities, developers and service providers.

Any blueprint for the creation of healthy communities in the future requires that early delivery and integrated planning for resident health become standard practice. Many things will be required to make this happen – including, above all, a whole-of-government strategy for implementation. 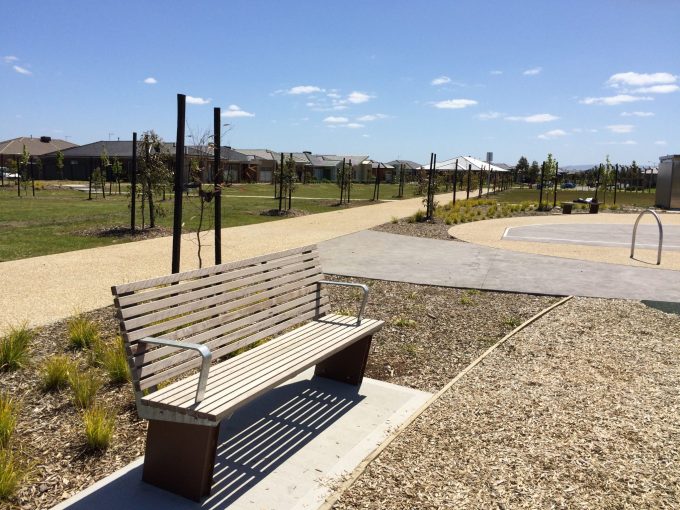