Home/News & Blog/Blog/Climate change – an opportunity to rethink, restore and reboot

Unlike some city folk, many people who live and work in rural areas are inherently attuned to outside weather conditions. This includes awareness of record-breaking extremes in temperature, along with subtler and equally important shifts in seasonality, the sequencing and combination of conditions, and effects on the biophysical world.

It is no surprise that social research suggests that farmers and other rural land managers are among those who are most alert to how strange our climate is becoming. While climatic changes can be hard to put a finger on, many farmers agree that their rules of thumb for how weather behaves and seasons unfold increasingly feels a bit wobbly.

The challenge of adapting to climate change is more than just simply recalibrating our decision making with updated weather parameters. While the broad trajectory of climate change is increasingly being locked in as greenhouse gas concentrations in the atmosphere accumulate, in the short to medium term climate change is better thought of as a loading of the dice of future conditions, shifting but not guaranteeing the odds of what conditions will emerge next.

The new climatic pattern involves new generalities – for example hotter average temperatures and drier winters in Victoria – as well as more variability and more extreme differences in conditions between areas and periods.

Many types of resilience required

While farmers, more than most, work with such probabilistic and context-specific thinking, managing these dual shifts demands resilience of multiple types. Not the least of these is emotional resilience: how clearly we are able to keep thinking at a time when our thinking needs to be clearer than ever.

In all sectors, stress is one of climate change’s most unwelcome and pervasive effects. Land managers especially are required to deal with climate change’s multiple, overlapping effects, all in the context of other challenges.

As farm households know well, common media representations of disasters such as floods as spectacular events that are neatly bounded in time and space – and determined primarily by physical measures such as water levels – poorly capture the true mess and stress involved.

Likewise, bouncing back from such events is not a quick, neat or automatic process. Impacts do not always diminish neatly over time, and things do not necessarily return to normal. At the same time, land managers are being pushed to ask if a return to normal is desirable, given the emergence of new longer-term conditions.

Rather than resilience referring to putting disruptions behind us as quickly as possible, genuine resilience increasingly requires thinking critically about strategies as well as tactics, goals and methods.

While bounce back forms of resilience will always be necessary in some spheres such as critical infrastructure or physical health, a deeper form of resilience incorporates open-mindedness and the capacity for radical innovation.

This also goes beyond the common idea that resilience is about self-reliance as it highlights the importance of relationships, cooperation, community-building and wider systems.

In this sense, Landcare is particularly important in an era of climate change. Socially, participation in Landcare offers members the sort of support, assistance, information and forum for generating new ideas, norms and rules of thumb that smart adaptation requires. Physically, it contributes to the positive regeneration of landscapes and the agricultural systems they are part of.

Crucially, the latter means that Landcare is not just reactive to climate change, but able to contribute to halting its generation in the first place.

Tracing carbon flows in agriculture highlights two crucial issues. The first is that the sector’s contribution to the greenhouse gas burden of the atmosphere is mainly due to the carbon it imports from external sources via fossil fuels, fertilisers and pesticides.

With reliance on such inputs already eroding the profitability of farm businesses, and knowledge about their effects on the climate system, moves to seek local, natural alternatives are now progressing.

The second issue that following carbon in agriculture highlights is that in the right place, carbon is a positive, crucial element of life. In the soil especially, organic carbon is key to fertility and soil health. Awareness of this, and concern about the depletion of Australia’s soils, is what prompted the vital soil conservation movement that Landcare largely emerged out of.

Celebrating soil as a natural sink for carbon promises to not just help rebalance the over-accumulation of carbon in the atmosphere but to restore soil life and condition. Similarly, celebrating and protecting trees as natural reservoirs of carbon will help to mitigate climate change as well as boost efforts to restore and enhance the biodiversity, amenity, water catchment and intrinsic value of trees.

When we see climate change mitigation as part of these broader, existing agendas it is possible to see how ways to address it presents some welcome opportunities.

Responses to climate change can promote the move to a higher level of system resilience with the ambition of positively regenerating our land, agriculture and society. Our rural land managers can be the leaders of this movement, no longer just seen as victims or villains of climate change, but saviours working alongside others seeking their own ways to turn the problem of climate change into an opportunity for a major reboot. 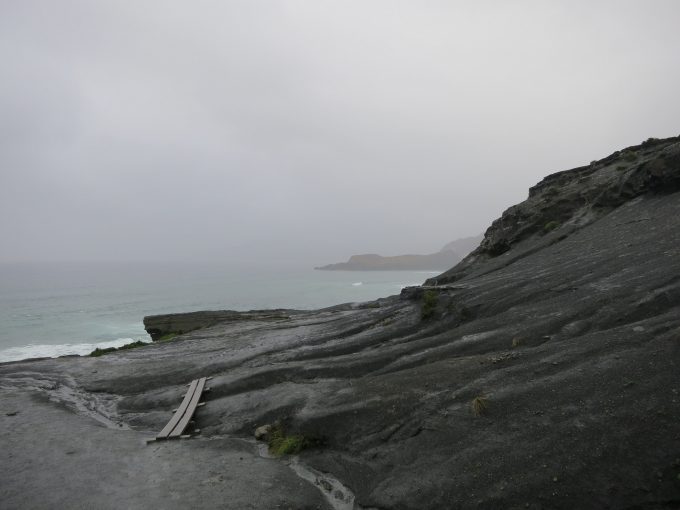