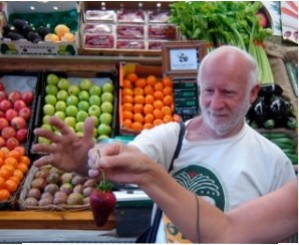 Until July 2002, Dr Dave Mercer was Associate Professor in the School of Geography and Environmental Science at Monash University, where he taught for more than 30 years.

At different times Dave was Deputy and Acting Head of that School and also sat on many university committees. English by birth, he has degrees from Cambridge and Monash Universities, and in 1999 was elected a Fellow of the Environment Institute of Australia and New Zealand (EIANZ) in recognition of his services to environmental research, consultancy and teaching. He has served on the editorial boards of several journals, most recently the Australian Journal of Natural Resources and Policy, the Open Environmental Journal and the Annals of Leisure Research.

He has supervised many Honours, Masters and PhD theses. In 2002 Dave was elected a Council member of the Eastern Regional Organization for Planning and Housing (EAROPH).

Since 2005 he has been an official assessor for the EIANZ’s Certified Environmental Practitioner Scheme.

In 2012 Dave was elected a Senior Fellow by the World Leisure Academy for his contributions to leisure research both in Australia and internationally.

Dave’s main research interests are in the areas of natural resource management and environmental policy and politics at the local, national and international scales. He also has extensive consultancy experience for state, commonwealth and local governments in Australia, and in July 2002 was appointed to the five-person Victorian Environmental Assessment Council (VEAC). This body was established by the Bracks Government to give independent advice to the Minister for Environment on the management of public lands and waters. In 2004 Dave was one of the judges on the panel adjudicating the ‘Celebrating Melbourne Awards’.

Dave is also part of a research team carrying out a landmark study of peri-urban regions in two Australian states, Victoria and Queensland. This project Change and Continuity in Peri-Urban Australia investigated the nature and extent of contemporary peri-urban regions in Australia, identified future patterns of socio-economic and environment change in peri-urban landscapes, and also developed scenarios for future land use and management based on ‘business-as-usual’, interventionist and deregulated options. ‘Change and Continuity in Peri-Urban Australia’ is a collaborative project between RMIT University and Griffith University, Brisbane, and was funded by Land and Water Australia. Four major monographs were produced from this project in 2007 and 2008.

From 2007 Dave was also involved in a major research project on ‘Lessons from Tsunami Recovery in Sri Lanka and India’, involving researchers from RMIT and Monash Universities. A number of monographs presenting the findings were published in May 2010, and these can be accessed online on the RMIT Globalism Research Centre website.

Dr Mercer has published more than 140 papers, book chapters and books. His books include ‘A Question of Balance’: Natural Resource Conflict Issues in Australia, Federation Press (which went to three editions). Currently Dave is writing on a wide range of different topics. These include Australian and Asia-Pacific forestry issues, Australian environmental policy, urban agriculture, renewable energy, and the resource management implications of tourism development.

City of the Spectacle: White Night Melbourne and the politics of public space. Australian Geographer